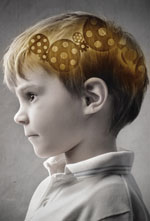 Freudian psychoanalytic theory presents concepts which have shaped and influenced many aspects of the field of psychology. Much of Freud’s theory was developed from observations and case studies of many of his own patients. He is often criticized for a lack of experimental investigation and hypothesis testing throughout his theory and an over emphasis placed on psychosexual components (Feist, Feist, & Roberts, 2013). Yet despite the criticism, Freudian psychoanalysis explores ways in which unconscious motivations influence personality and behavior and still maintains relevancy in psychological practice today.

Freud explored how unconscious motivations influence emotional states, personality and outward manifestations of behavior. According to Freud, such motivation have root in past experience (Feist, Feist, & Roberts, 2013). In essence behavior is shaped by an unconscious struggle to reduce emotional tensions caused by our past traumas.

A core component of psychoanalytic theory emphasizes maladaptive coping mechanisms such as defense mechanisms and repression (Feist, Feist, & Roberts, 2013). Individuals who experience trauma often utilizes maladaptive defense mechanisms to reduce psychological tension. Often, individuals suffering from severe PTSD repress memories of the traumatic event. This is a temporary solution which allows the individual to function in immediate aftermath. According to Freud, manifestations of the unconscious repression manifest in recurrent dreams commonly experienced by individuals suffering from PTSD (Feist, Feist, & Roberts, 2013). Psychoanalytic theory can be applied in the treatment of severe trauma as the individual begins to bring the unconscious to light and acknowledge their past experiences.

Attachment theory places emphasis on the earliest of childhood experiences and emphasizes ways in which infants form bonds with their caregivers. As much of Feud’s theory relies heavily on early childhood and past experiences, concepts of personality and behavior manifestations focus heavily on such bonds. Freud believed that attachment centered on a child’s identification with the same sex parent and their desire to be with the opposite sex parent. Freud theorized that these unconscious sexual desires manifested in overcoming what he called the Oedipus and Electra complex (Feist, Feist, & Roberts, 2013). Successful resolution of the unconscious sexual motivators in such complexes allow for secure attachment bonds to parents and healthy interpersonal relationships in the future.

Although the Oedipus and Electra complex are highly discredited, Freud’s theory paved the way for his contemporaries to explore the relationship between healthy and secure attachments to caregivers. Early childhood attachments are viewed as an underlying component in many theories on healthy human functioning and interpersonal behavior. Attachment theory serves as a heavily emphasized component in developmental and behavioral psychology.